From Sor Juana Inés de la Cruz to Gerard Manley Hopkins, the Catholic cleric who is also a poet is an unending subject of interest. Given the poet’s traditional role as a free spirit and the Church’s tradition of rigid intellectual discipline, the term poet-priest (or poet-nun) may seem to some an oxymoron. And there is indeed conflict. Sor Juana, silenced by her ecclesiastical superiors, had to give up her brilliant writing career and spend the last four years of her life doing routine work until she died aiding the victims of a plague, As for Hopkins, he was silenced by … Hopkins. A convert to Catholicism who entered the Jesuit order at the age of 24, he burned most of his poetry at the time. All that has survived is a small body of his work that he saved, plus some poems he sent later to a friend named Robert Bridges.

Fortunately, a multi-faceted Mexican scholar named Manuel Ponce Zavala seems to have escaped the restrictions imposed on Sor Juana by her superiors and on Hopkins by himself. A teacher and prodigious contributor to literary reviews, Ponce is considered one of the poets most responsible for revitalizing religious lyric poetry in Mexico during the twentieth century.

Ponce was born on February 19, 1913, in Tancítaro, Michoacán. He received his early education at the Morelia Seminary, where he studied philosophy, Latin and literature. Ordained a priest in 1936, he taught history, literature and apologetics at the Seminary for the next twenty-five years. During this period Ponce also served as editor of Trento, a highly-regarded regional publication that featured the works of several generations of Michoacán poets.

A builder and administrator as well as a writer/teacher, Ponce founded the Fra Angelico Academy and the Academy of Regional Ecclesiastical History. The latter facility published a number of team projects, among them Vasco de Quiroga y el arzobispado de Michoacán and Jardín moreliano de poetas. The first celebrates Vasco de Quiroga, the famed 16th Century bishop renowned for his humanity and creative approach to Indian education and vocational training, while the second spotlights poets who have flourished in the “Morelian garden.” Ponce also founded the Arca Cultural Institute, a charitable and educational organization aimed at the youth of Michoacán’s capital city.

In 1969, on orders from the Mexican episcopate, Ponce started up the National Commission of Sacramental Art, a body dedicated to preserving Mexico’s patrimony of religious paintings. This talented ecclesiastic is also responsible for restoration of the El Calvario (“Calvary”) Church in Tlalpan, on the outskirts of the Federal District.

With this heavy burden of pastoral and administrative duties, Ponce’s literary output has been intermittent though highly praised. In addition to Trento, where he was at the editorial helm, his articles have appeared in Abside, Letras de Mexico, Romance, El Hijo Pródigo, Viñetas de Morelia and América — all intellectually prestigious publications.

Best-known among Ponce’s prose works are a monograph on retirement, published in 1948, a literary study titled Diego José Abad (1954), the introduction to a compilation of sermons by Bishop Luis Altamirano (1955), and a pastoral monograph titled Tota Pulchra (1956). 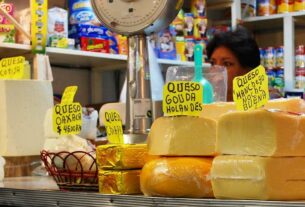