Consider El Tajin’s famous pyramid of the Niches, built by inheritors of the Olmec culture. Thousands of small stone blocks came together just so, like a Chinese block puzzle, to produce a structure that rises 20 meters in seven tiers. A staircase climbs the eastern face. Curiously, there are 365 square recesses set into the sides of the pyramid – one for each day of the year -. Was the pyramid a giant calendar? Did the niches serve as a markers for a three-dimensional clock?

Another curious pyramid is that of Chichen Itza in the Yucatan Peninsula, often called “El Castillo”. Here there are nine tiers with a three-room temple on top, and stairways climb each of the four faces. Every year, at the vernal and autumnal equinoxes, tens of thousands of people flock to the pyramid – a mix of Mexican villagers and foreign tourists, the latter including New Age pagans with their crystals and incense. Why? On those two days at the rising and setting of the sun, the corner of the structure casts a shadow in the shape of a serpent – Kukulcan, or Quetzalcoatl – along the side of the staircase. Remarkably, the shadow slithers down the side of the pyramid with the sun’s movement. To produce this effect, the Mayan architects and astronomers must have employed calculations of incredible precision.

Just outside Mexico City is Teotihuacan, “The place where the gods were conceived,” or “The place where men became gods.” Aztec priests made pilgrimages to Teotihuacan, which was by then in ruins, remnants of a previous, still greater civilization about which almost nothing is known. The mammoth, five-tiered Pyramid of the Sun stands to the east of the orienting avenue, the “Street of the Dead.” The pyramid’s base is immense, larger even than the pyramid of Khufu in Egypt (but shorter in height). The Pyramid of the Sun measures 221 meters to a side – or about two-and-a half football fields long. At the base of the western face there is a long tunnel, called a “Volcano tube” by archeologists, in which the Teotihuacanos performed rituals. Amazingly, the cave opening points directly at the setting sun on the days of the equinox, May 19 and July 25.

Architecture and astronomy mix yet again. On April 29 and again on August 12, the sun sets directly opposite the pyramid and in a direct sight line from the volcano tube. August 12 is significant. The present age of the Maya calendar (which they partly inherited from the Olmecs) began on that very day in 3114 BC.

There is something older still about Teotihuacan. Much older. In the 1970’s, a civil engineer by the name of Hugh Harleston Jr. made some 9,000 measurements of Teotihuacan over a 30-year period. He concluded that the entire site was constructed according to a system of measurement he named the STU, Standard Teotihuacan Unit, which is equals 1.059 meters. This unit features into the length of a side of the Pyramid of the Sun and the Pyramid of the Moon – and even into the distance between the two pyramids. In short, Harleston concluded the entire city could be made sense of not in feet or meters but in STUs. What is odd about this is that one STU is equivalent to the width of the Stonehenge lintels and to the “Jewish rod” of 3.4757485 feet. It gets even stranger, as Graham Hancock describes: “In brief, the angle of the fourth level of the Pyramid of the Sun is set at 19.69 degrees, the exact latitude of the pyramid itself (which stands at 19.69 degrees north of the equator).

It is therefore, a self-referencing monument that makes use of geometry to tell us that it ‘knows where it is’.

What is the ultimate significance of the pyramid shape? Pyramids are simple: a solid base rests on the earth, and four faces rise to a peak in the sky. Pyramids unite earth and sky, embodying the essence of each in one form. Such a shape, some speculate, serve to preserve the bones – and DNA – of those buried in the pyramid’s tombs. Even wilder imaginations have claimed that dead souls (or live meditators) can use the pyramid to spiritually catapult themselves to nearby constellations. Perhaps pyramids can be understood only in relation to the location they inhabit, concentrating, like a giant battery, earth’s magnetic energy. Or perhaps, like puzzles, pyramids contain the mathematics or geometry of the entire planet or even of the universe.

No one knows the true function of the pyramid. However, pyramids are surely more than monuments or tombs; they suggest something grander than an ancient version of “Kilroy Was here”. Unlocking the secrets of pyramids – be they in Egypt or Mexico – would be majestic indeed.

Out of this world

Photographs of Mars reveal several enigmatic structures, among them a pyramid complex complete with a Sphinx-like face. The debate over pyramids is no longer earthbound.

(Web searches of “Martian pyramids” and “Cydonia” yield a multitude of sites devoted to this subject.) The true believers insist that the human race emigrated to Earth from Mars just before a meteor shower rendered Mars uninhabitable.

This Did You Know provided by Teresa Kendrick,

Know The Law In Mexico – Vehicle Importation in 2004 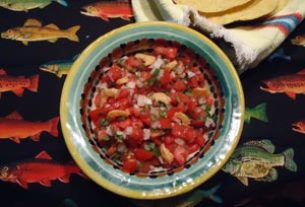