Spanish is the world’s second language. According to many people who do not speak it, Spanish is also a very “easy” language to learn. For example, I recently met a young Danish traveler in northern Mexico who wished to learn Spanish in “three or four days”. He was in a hurry to get to South America, but felt that achieving fluency in the language was worth such a delay. For those of us who constantly struggle to improve our Spanish, such a casual attitude toward learning a foreign language is just another low blow to our self-esteem.

Is this our reward for all those torturous hours spent parroting, “El vino está en la mesa. À donde está la mesa? La mesa está en la sala.”? By “easy”, I presume they mean there’s a new “learn-while-you-sleep” technique (more effective than the sleep-at-my-school-desk method I used) or has someone released a cassette series — 7 DAYS TO TOTAL FLUENCY — for just $279.99!!!? Or is attaining fluency just a matter of getting the right biofeedback, so that Spanish is suddenly as easy to pick up as the common cold?

I regret to say that the answer to all of these questions is a firm, bilingual “No!”

To the best of my knowledge, learning Spanish still requires pressing one’s nose to the proverbial grindstones of study, memorization and constant repetition. On the other hand, materials for learning Spanish are definitely improving. In particular, those of us who want to speak Mexican-style Spanish now have some especially good teaching aids. To begin, let’s review a few of my favorite books on learning Spanish:

Worman’s Language Series is based on the “Natural or Pestalozzian Method” of language instruction, better known to generations of language students as the Hammer-It-Into-Their-Thick-Skulls-Method. If you were squirming behind a schooldesk before 1965, you might recognize such mind-numbing drills as: “À está Carlos en una silla o en una mesa? Carlos está en una silla…..” Repeat these until you weep — or fall asleep. Before we leave the Pestalozzian Method to gather historical dust, I want to share a stimulating illustration from First Spanish Book : “Un libro bajo una mesa”.

This volume in the “Teach Yourself” series was given to me (in despair) by my Mayan friend, Mario Be Canul. Mario was using the book “backwards”, in an attempt to learn English. By page 31, poor Mario was choking on such gems as, “Lieutenant Barno is a very sick man. He has been sent to the seaside for a period of convalescence.” To his dismay, Mario also learned that “The Widow Twankey was very cross with her son.” Okay, I’ve had my fun. Now let’s move on to a couple of genuinely good and useful books.

Subtitled “A Handbook Of Idiomatic Usage”, this is one of those rare gems: a language instruction book so enjoyable to read, that I (almost) couldn’t put it down. Although Cassell’s is evidently a well-known series in England, few people seem to have heard of the book in the Americas. I’m surprised, especially as it devotes considerable attention to Mexican and Latin American Spanish. Cassell’s is actually more of a dictionary than a language instruction book. The author explains Òthe pitfalls and difficulties inherent in colloquial, colourful, or idiomatic usage…. a valuable source of reference but also an entertaining and absorbing portrait of the current state of the language.! If you already speak Spanish or are beyond the most basic levels, Cassell’s will help you identify and clarify ambiguous Spanish words that so often trip us up. Here’s an example: ‘advertir’. False; it does not mean ‘to advert’, nor ‘to avert’, nor even ‘to advertise’; it means ‘to give notice or warning’, ‘to advise’ in the sense of ‘to inform’ (not ‘to give advice’, which is aconsejar). It is therefore common in business letters: Les advertimos que… “We would advise you that”… As the title suggests, Cassell’s Colloquial Spanish is designed for “real world” use, especially by travelers and business people. This means particular attention is given to the vocabularies of cars, courtesy, food, household items, lectures and conferences, office matters, telephones and other practical situations. Beyond that, Cassell’s Colloquial Spanish is written with a wry humor that is great fun to read, especially on long bus rides across Mexico.

Several years back, journalist Joe Keenan contributed a wonderful series of articles on speaking Spanish to the equally wonderful (but now-defunct) Mexico Journal news magazine. A long-time resident of Mexico, Keenan confesses that he learned Spanish just like the rest of us, by studying, practicising and trial-and-error. An accomplished writer, he shrugs off his lack of academic credentials and uses Breaking Out of Beginner’s Spanish to turn an often dry and deadly serious topic onto its head. In a style that is both instructive and a delight to read, the author shares hundreds of hard-earned tips on correcting grammatical errors, improving fluency and understanding the subtleties of spoken Spanish.

One of his best chapters, “64 Verbs, Up Close and Personal”, explains how common and essential verbs are best used, and how to avoid their misuse. (Did you know that repetir means both ‘to repeat’ and ‘to burp slightly’?) In “Cranking Up Your Spanish” the author introduces the reader to “sentence starters”, those vital but elusive filler words that smooth over conversational gaps as effectively as a decorative coat of stucco. After all, what would a conversation in Mexico be if it weren’t for “pues”, “luego”, and “la verdad es que”?

Standard texts teach us that polite people say, “No, gracias” when we don’t want something. What does it mean, however, if someone snaps irritably, “À eso si que no?” As Keenan explains, “it’s a little stronger than just plain no and comes closer to, “That’s out of the question” or “Forget it!”. “Which Is Which?” goes to the heart of the matter: when using Spanish words that don’t have exact English equivalents, which form do we use, the subjunctive or indicative? Imperfect or preterit? Again, Keenan identifies and clarifies some of the most useful — but confusing — everyday terms.

Spanish as it is spoken in Mexico is especially rich with slang and colloquialisms. Slang is very tricky, however, and is often used inappropriately by beginners. In an easy, conversational style, Keenan shows us how to use slang safely in realistic situations. Last but not least, Breaking Out of Beginner’s Spanish stands out for its generous use of true-to-life examples. Virtually every word and phrase that Keenan discusses is shown in the context of a realistic sentence. Simply open the book to any page and you’ll be drawn into a very interesting and useful “conversation”.

Whether you’re a traveler or business person who wishes to tune your Spanish to Latin American ears, or a student working toward genuine fluency, I can think of no better tool than Breaking Out of Beginner’s Spanish . This book definitely goes to Mexico with me on my next trip! (By the same publisher: Spanish Memory Book, A New Approach to Vocabulary Building. Catalogs on archaeology, anthropology, and Maya studies.)

Over the course of more than thirty years in Mexico, I’ve had the benefit of many amateur tutors to correct and refine my Spanish. When it comes to learning a foreign language, however, I am not a “quick study”. (For the life of me, I still don’t understand why the Widow Twankey is cross with her son.) In spite of all my work, there’s no doubt that rough spots, gaps and outright grammatical embarrassments still remain. Based on my own efforts to learn Spanish, I’ve observed several important hurdles that have to be overcome to achieve real fluency.

–Challenge yourself to improve. Rather than accepting the status quo, make an effort to identify and correct your most common mistakes in grammar and pronunciation. Most Mexicans are too polite to offer corrections. When speaking Spanish, watch other people’s faces for flickers of doubt, surprise, shock, dismay or even disgust. These valuable clues indicate that you may be committing errors or fracturing the laws of grammar. How many of us have said, “Estoy embarasado” (I’m pregnant) when we really meant, “Estoy apenado” (I’m embarrassed)? –Keep written lists of your doubts, questions and words you don’t quite understand. Periodically ask a native speaker to go over these with you. –Take chances. In spite of the previous points, don’t be afraid to make mistakes. Strengthening your vocabulary and loosening your tongue require that you “exercise” new words and grammatical forms in real-life situations. –Read in Spanish! I started with comic books and children’s schoolbooks, then graduated to the daily newspaper, non-fiction, and finally, mystery novels! –Talk to yourself. One of my favorite methods of study is to imagine myself in common situations — buying a bus ticket or arguing politics — and then “scripting” the conversation in Spanish, line by line and quip by clever quip. –Repeat yourself. Simple, repetitious conversations with native Spanish speakers are invaluable aids toward speaking naturally. These conversations about the weather, jobs, food or cost of living may not be intellectually challenging, but they’ll help you learn to speak Spanish without having to think about each word before you use it. 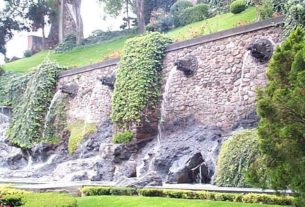 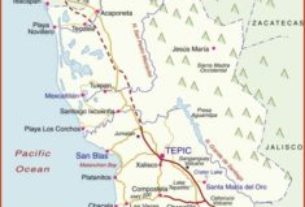 Did You Know? Mexico is home to oldest indigenous American domesticated dog breed