As many of you know, there are a number of ways to approach risk analysis, but the dominant model in most MBA programs falls under the category of “rational” models. In these models, risk analysis and decision-making relies as much as possible on objective and quantifiable data. There are other models which rely more on historical and qualitative information, and in these models it is easier to utilize non-rational intelligence (for example, emotional intelligence).

Let me give you a couple of examples. In a recent course that included both Americans and Mexicans, I asked students a hypothetical question: If the Mexican government could insure the sale of its oil for US$16 per barrel for the next two years, should it do it, or should it play the market which at this time is approximately US$18 per barrel?

U.S. students on the whole recommended playing the market, while Mexican students recommended the more conservative position of selling at US$16.00

Each side arrived at different conclusions based on different methods of risk analysis. U.S. students relied heavily on pertinent data which predicts for the next year a higher demand for oil as a result of the expected Asian recovery, levels of production, and so on. Thus, the logical answer was to play the market. Mexican students, on the other hand, assigned greater value to the economic and social dangers implied in taking a risky position, and argued that should oil decline significantly, the damages to the country would far outweigh the benefits of receiving higher revenues. Some added that historically, OPEC nations as well as Mexico have cheated on their production quota, and that sooner rather than later we would be faced with yet another oil glut in the world. Thus, the logical answer was not to play the market.

In another problem given to students, they were asked if a typical Mexican business should prepare itself for expansion or for downsizing. Again, U.S. and Mexican students differed sharply. The former relied on economic data and argued that the Mexican economy is growing at a healthy pace, and that as long as the U.S. economy did not suffer a downward trend, we should expect Mexican businesses to grow. Mexican students argued that the country always goes through a crisis at the end of a presidential term, and that this has happened in spite of “rosy” macro-economic numbers.

Ultimately, I believe the different approaches will yield different managerial styles once these students are operating in the business world. Probably the single most important difference is that Mexicans are more historical in their thinking, and tend to be more suspicious of “objective” data. Americans, on the other hand, are less impressed with the past and tend to rely on appraising the present and the near future as the basis for evaluating risk. In the case of Mexico, having a historical conscience doubtlessly tends to produce a mentality that sees higher risks, and given that, it is no wonder that Mexican managers often avoid risk-taking altogether (since risk is seen as much greater), or expect a very high return on their investments. Likewise, using the more “rational” approach given today’s economic reality means you are likely to perceive smaller risks, and therefore, are more likely to take risky decisions (which are perceived as not that risky), and expect a healthy but not spectacular return on your investment.

Who is right? Probably both, which means that the truth lies somewhere in the middle. Having a sense of history allows you to predict possible social and political behavior in the present and future, but assuming the past will repeat itself can become a self-fulfilling prophecy.

Having no sense of history allows you to break away from the patterns of the past, and in a sense, create new social and political patterns of behavior, but you can easily find yourself surprised by sudden downward shifts of the economy. 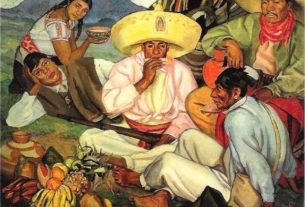 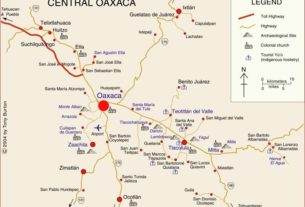