One of the most recent topics of the Oxford Symposium on Food and Cookery, simply entitled “Eggs,” inspired a bit of research on the history and use of eggs in Mexican cooking. However fraught with symbolism the egg may be in many cultures, it is above all an economical source of protein. For this reason, the popularity of eggs is widespread in Mexico, with each region having its own special egg dishes, running the gamut from soup to dessert. However, this was not always the case.

Until the Spaniards introduced chickens, the indigenous fowl consisted largely of turkey, muscovy duck, quail, pheasant and assorted small game birds. In fact, most of the eggs eaten by the indigenous people were those of insects. The swamp fly eggs called ahuatli and the water bug eggs, which the Spaniards dubbed mosca de pájaro, were cooked held together with turkey eggs, a kind of pre-Hispanic frittata. Ant eggs, or escamoles, were and still are a prized food in Mexico, often served nowadays in gourmet restaurants. But aside from these somewhat esoteric dishes, the majority of eggs consumed in modern Mexico are chicken eggs, with quail eggs a distant second.

Considering that Mexico is the world’s fourth largest producer of eggs, with a per capita consumption of more than 300 eggs a year, it would seem that most of the country’s consumers are not too concerned about the cholesterol in eggs, and recent scientific studies may prove them at least partially right. An article in the May 6, 2006 issue of Science News reveals that the larger lipoprotein particles produced in the bodies of people who eat eggs (as opposed to non-egg eaters) are more efficient at hauling cholesterol out of the blood stream and, ultimately, out of the body. (However, a heart-healthy diet takes all cholesterol sources into consideration, which means the cholesterol in eggs should be counted in with the cholesterol from all other animal products, including dairy, when keeping cholesterol consumption within healthy limits. The fact that many Mexicans eat small quantities of meat certainly accounts for the higher consumption of eggs.)

Besides being served on their own, eggs are an integral part of the national culinary repertoire, indispensable in flan, huevos reales, cocada and countless other desserts. They are also used in soups, such as the garlic and egg drop soup called sopa de ajo, and in meatloaf, which has hard boiled eggs tucked inside.

For breakfast and brunch, the Mexican kitchen produces a wide array of savory egg preparations. Besides the well-known huevos rancheros, there are huevos al albañil (“bricklayers’ eggs”) bathed in a bright green chile and tomatillo sauce, and huevos divorciados (“divorced eggs”), so named because the dish consists of two eggs, each in a different sauce, one red and one green. Eggs poached in tomato sauce are known as either huevos ahogados (“drowned eggs”) or huevos en rabo de mestiza, which features the addition of poblano chile strips to the sauce.

Scrambled eggs (huevos revueltos) are often prepared with either ham, bacon, chorizo, nopalitos (diced nopal cactus pads) or green beans. When scrambled with tomatoes, onions and chile, they are huevos a la mexicana. Eggs scrambled with leftover tortillas are an economical meal that gave rise to the Tex-Mex dish called migas, literally meaning “crumbs,” possibly a descendent of the Spanish dish of the same name, which combines cubes of leftover country bread with eggs.

Huevos fritos are fried eggs, huevos estrellados are sunny side up, and huevos tibios are soft boiled. Although these egg dishes are common throughout Mexico, there are several others that are particular to different regions.

In Northern Mexico and Baja, where beef is often dried, the regional egg dish is huevos con machaca, eggs scrambled with shredded dried beef, tomatoes, onions and chile. Along the Gulf coast, huevos a la veracruzana are wrapped in a corn tortilla, smothered in beans and topped with cheese and green chiles. Another Veracruz specialty, especially during the Lenten season, is torta de mariscos, a seafood frittata. In the Yucatan, papadzules consist of hard boiled eggs wrapped in a corn tortilla and topped with a pumpkin seed sauce, a tomato sauce, and a garnish of more hard boiled eggs, chopped. Another Yucatecan specialty is huevos motuleños, fried eggs served on a tortilla and topped with ham, peas, onions and tomato sauce. Although it originated in Motul, Yucatan, this dish has found its way onto menus all over the country. In Oaxaca, eggs are cooked with chicken livers in a wedding dish called higaditos, sometimes using up to 400 eggs at a single village fiesta.

Outside the kitchen, eggs are used by shamans and healers in the spiritual cleansing known as a limpia. They are also hollowed out and filled with confetti, to be cracked onto the heads of fellow revelers at village street fiestas.

And the answer to that age-old question about what came first is definitely the egg, which beat the chicken by nearly a billion years. According to Harold McGee, author of On Food and Cooking: The Science and Lore of the Kitchen, the egg as an all-in-one reproductive cell developed about a billion years ago, and as animal life emerged from the water, about 250 million years ago, the shell was produced to prevent dehydration on dry land. The chicken did not evolve until about 5,000 years ago, from an indigenous Asian bird.

When preparing these “boneless chicken dinners,” keep in mind that the USDA recommends storing them in a cool place, preferably the refrigerator, and cooking them thoroughly. Dishes containing raw eggs should not be given to young children, older adults or pregnant women, since they are particularly susceptible to illness from bacteria. However, well-cooked eggs are ideal for these groups, since they are among the most easily digested of foods.

In Mexico, eggs are sold in small stores by either weight or number, depending upon the part of the country. A medio kilo is usually eight eggs, nine if they are a bit smaller. In supermarkets, they come in boxes of a dozen or a dozen and a half. The following recipes, from different regions of Mexico, offer some tasty ways of using them. 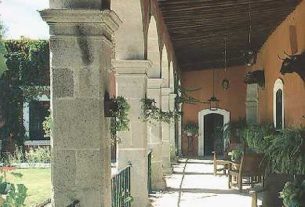 Personal Views of Easter in Mexico