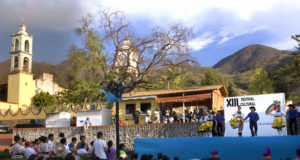 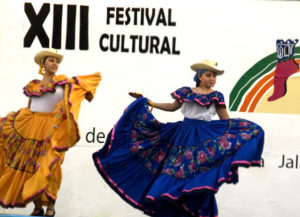 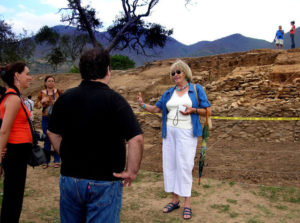 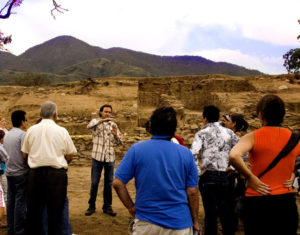 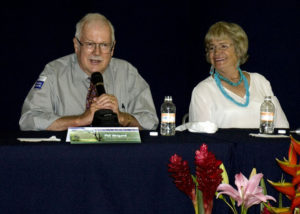 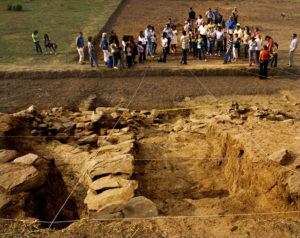 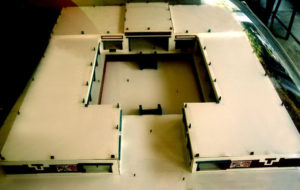 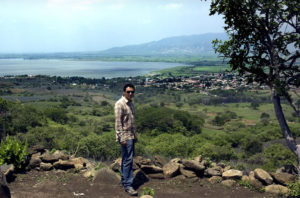 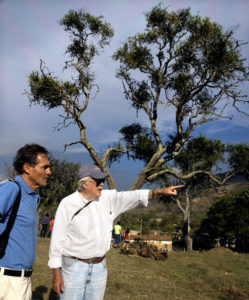 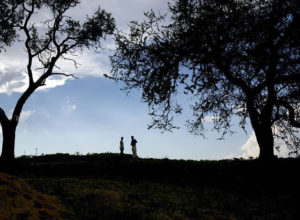 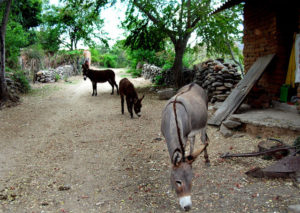 The inhabitants of the village of Oconahua, Jalisco, have a secret. A thousand years ago, their pueblito, located 75 kilometers west of Guadalajara, was a grand city covering 500-600 hectares, and their ancestors ruled all of western Mexico from a magnificent edifice covering 15.6 square kilometers and today known as El Palacio de Ocomo.

Archeologist Phil Weigand, who has been studying and excavating ruins in western Mexico for most of his life, first suspected there was something archeologically significant in Oconahua over 50 years ago.

“My wife Acelia was born nearby and came to Oconahua as a child,” says Weigand. “In 1958, local people told us, ‘There used to be a building here called Ocomo’ and we were curious. We took a look and were impressed how monumental this site was. The ruins of this one building measure 125 by 125 meters and encompass some 50,000 cubic meters.”

The full impact of what he had found did not hit Weigand until seven years later when he first laid eyes on a copy of the Quinatzín Codex, a sixteenth-century pictorial document from Mexico originally written on paper made from the amate fig tree. The codex showed the plan of the Palace of Texcoco in the Valley of Mexico. Such a palace is always a U-shaped, lavish, monumental building, also known as a tecpan. The codex was decorated with prehispanic glyphs as well as notes in Spanish. It shows the building full of people and describes what each one is doing. For example, it depicts King Quinatzín face to face with a Chichimeca, carrying on a conversation.

Weigand immediately realized that the ruins in Oconahua followed the same architectural plan as the tecpan shown in the codex, the only difference being that the Ocomo Palace was far older than the one at Texcoco, having been built between 500 and 1100 A.D. during several phases of construction. On the unusual size of Oconahua’s palace, Weigand says:

“The only tecpan bigger than this one may have been the Palace of Moctezuma, which they say measured 200 meters on each side, but this can’t be verified because it’s buried underneath the Zócalo in Mexico City and we can’t get at it. That makes El Palacio de Ocomo the largest visible tecpan to be found anywhere. It’s about the same size as the Palacio de Gobierno in Guadalajara, indicating the highly important nature of the building. The Ocomo Palace is so big that you could fit the Tzintzuntzan Palace (of the Purépecha kings) inside its courtyard.”

According to Dr. Frances Berdan, Professor of Anthropology at California State University, palaces like that of Ocomo were big buildings with high walls, an enormous courtyard, innumerable rooms, patios and many baths, with walls of stuccoed adobe or beautiful stones and everything sumptuously painted. Based on the comments of Hernán Cortés, we know that a tecpan was home for the local ruler and his wives and likewise served as a government meeting center, with maze-like corridors, meeting rooms for historians, philosophers and poets, a treasury, rooms filled with weapons and quarters for royal wives, children, servants, cooks and visitors. Cortés says the palace was bustling with crowds of people: 600 nobles every day in addition to hundreds of guards, laborers, artisans, entertainers, judges, plaintiffs, warriors and zookeepers. Says Dr. Berdan, “The palace was meant to impress and intimidate royal visitors, whether friendly allies or fierce enemies. It surely did.”

In its apogee, Oconahua probably had at least 8,000 inhabitants, whereas today it has less than 2000. Archeological evidence indicates there were many other buildings around the Ocomo Palace, including a pyramid where religious ceremonies took place. Unfortunately, the local church was built directly on top of the ruins of this pyramid (using the paving stones of the palace, by the way) so no investigation of the site can take place.

It seems every time a citizen of Oconahua digs a hole in his back yard, he finds some kind of treasure. The archeologists have been shown many such items, including a precious polychrome vessel and another container filled with semi-precious turquoise gemstones. The archeologists used a system called Neutron Activation to identify the origin of this turquoise and were amazed to find it came from Cerrillos, a town near Santa Fe, New Mexico, suggesting that Ocomo was indeed once a center for widespread business and commerce.

Exactly why the civilization of Teuchitlán fell, no one is quite sure. However, it is evident that a reorganization took place and the Palacio de Ocomo became the center of a new empire. The arrival of new technologies such as the bow and arrow and later metallurgy probably influenced this process. There is evidence in the tecpan that copper was being worked here and, before the arrival of the Spaniards, these people had discovered how to work iron, something the Aztecs in the Valley of Mexico knew nothing about.

Local legends say Oconahua had many stone stelae, each as tall as a person and topped with a feather head-dress. People say that a Franciscan appeared in the village in 1890 and was very upset about these large statues, calling them diabolical and insisting they be destroyed and thrown into a nearby arroyo. In the 1980’s the Weigands investigated this arroyo and indeed found fragments of the stelae. They noted that many local people keep pieces of these statues in their homes, even to this day.

When Phil and Acelia Weigand suggested initiating an excavation of the Ocomo Palace, municipal authorities in Etzatlán put up strong resistance, claiming there was nothing of archeological importance in Ocanahua. In fact, it was only in 2007 that a team of archeologists under the direction of Monte Smith Márquez, were given permission to begin the job, financed by the Jalisco Secretariat of Culture. Márquez and the other excavators are former students of Weigand at the Colegio de Michoacán.

Today the excavations are well underway and you can watch the archeologists slowly liberating the well-preserved foundations of the ancient tecpan. They now know that its core is made of adobe, faced with either stone and plaster on the outside or finished cantera on the inside. If you visit the site, be sure to stop at the plaza in Oconahua to see an artist’s conception of this monumental building. “The scale model is a bit imaginative,” says Weigand, “but it gives a good idea of what the magnificent Palacio de Ocomo must have looked like.”

Take highway 15 west out of Guadalajara and follow the signs for Ameca. After passing the large sugar refinery at Tala, turn right onto the road to Teuchitlán and Etzatlán. Turn left toward Oconahua when you are 6.4 kilometers past Etzatlán. The little town is just four kilometers to the south. Two blocks after entering the town (on Matamoros Street) turn right onto Hidalgo and, just before the plaza, right again onto Independencia. Go four blocks and you will be very close to the ruins (located at 13 Q 587007 2294210, UTM coordinates, WGS84 datum). If in doubt, ask anyone in Oconahua for El Palacio de Ocomo. 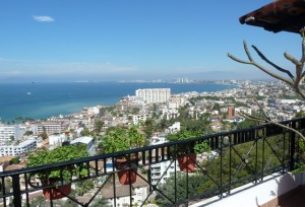 For summertime or anytime: Mexican salads