Some communications “experts” claim that most of our communication is non-verbal and that we interact with one another more with signs and symbols than through the spoken word. However, it is difficult to see how these supposedly “non-verbal” signs and symbols can be adequately understood apart from language. I see an object in front of me but lack the words to describe what it is. But in fact I have already begun to put words to the experience by calling “it” an “object.” If I go further and describe the shape of the object it becomes a “house.” A little further and I am looking at a “home” with a family, etc. At every stage of the way, I depend upon language spoken aloud or whispered to myself to arrive at a fuller understanding of the object in front of me. A signpost on the road points the way I’m going but, if I can’t read the message on the sign, it is of little use to me.

The complex meaning of symbol may be approached in at least three ways: visual symbols, symbolic actions (as in worship), and linguistic symbols. However, unless we have the words to describe the object we are looking at, it may have little meaning for us. For example, a first-time visitor to the archaeological site of Teotihuacan will recognize the serpent heads on the so-called temple of Quetzalcoatl for what they are, serpent or dragon heads, but only because the visitor already has these basic words in his or her vocabulary to begin with. Any interpretation beyond that basic level of recognition requires a great deal of background knowledge, which depends upon written or spoken verbal descriptions.

This problem is particularly acute when we deal with what is for most of us esoteric or “alien” cultures, such as the pre-Hispanic civilizations of ancient Mexico. Symbolism and iconography (representation by means of pictures) are universal means of communications in all religions of the world. Here we shall take a look at Aztec symbolism, especially with regard to the statue of Coatlicue and the Aztec Calendar Stone, perhaps more aptly named the Sun Stone.

Methodological approaches to Mesoamerican religions have differed from time to time according to the interests and the expertise of the investigator. Formerly, the greatest emphasis was placed on economic and environmental factors to explain the development of religion and its symbols in ancient Mexico, too often to the neglect of the intellectual achievements of the early civilizations of the Americas. Fortunately, the trend is now changing with more emphasis being placed on the cultural, intellectual, and spiritual developments and achievements of the Maya and the Aztecs in particular.

There are several possible theoretical approaches to Mesoamerican religious concepts. The “intrinsic configurational iconographic analysis” approach examines each system of religious symbolism or representation on its own terms with relevant comparison with other related or similar systems. The direct historical approach, on the other hand, proceeds directly from the known to the unknown. Of course there is always a risk in working backwards from known iconography, symbols and their meaning, in late 16th century post-Conquest times back to pre-classical times. The meanings of many ancient religious and ritual symbols on monuments, stelae, and in the codices have changed over the centuries, and much more has been lost because of the destruction wrought by the Spaniards. However, there is a certain continuity in the meaning of religious symbols in Mesoamerican religion which enables us to reconstruct with some degree of certainty the main outlines of the major religious movements in pre-Hispanic Mexico.

With the discovery of the gigantic heads in the Veracruz area in the 1930s, the Olmec culture has come to be regarded as the “mother culture,” predating even the much better known Maya civilization. Known at least partially from sculpture, iconography and religious art, Olmec deities survived many centuries down to the time of the Spanish Conquest. For example, the Olmec dragon motif can be traced with some confidence from early Olmec times (800-400 B.C.) down to the Aztec period, which ended with the destruction of Tenochtitlan in A.D. 1521. Itzamná (Iguana House), the greatest god of the Maya, is graphically depicted in the Dresden Codex as a celestial dragon and as a rain god, still in reptilian form, with a torrent of water pouring from his open jaws. He later appears as Xiuhtecuhtli (Turquoise Lord ), also a fire dragon, in Aztec religion. In the pre-Conquest Mixtec-Aztec Borgia Codex, a major source of information on central Mexican deities, Quetzalcoatl in his aspect as the Sun God is surrounded on four sides by different aspects of Xiuhcoatl (Turquoise Serpent), another fire serpent. Finally, Tonacatecuhtli (Lord of Our Sustenance) is the presiding deity over the first day of the Aztec month, which, not surprisingly, is symbolized by Cipactli (Alligator), yet another variation of the dragon theme.

Theories differ, but it seems likely that certain universal themes ran through most, if not all, religious systems in ancient Mexico, going back possibly to pre-Classic Olmec times. Major themes were the concept of Duality and Fertility, the idea of life affirmation versus barrenness and death. For example, the Flayed God, Xipe Totec, represented the theme of life out of death through the symbolic act of flaying the sacrificial offering and wearing the skin in a ritual performance. Aztec religious symbolism operated on many different levels and, contrary to the opinions of the early Spanish missionaries, reflected a closely integrated and fully functional system of belief and practice. The European invaders, of course, failed utterly to understand the Aztec point of view.

Much Aztec symbolism is contained in the statue of the goddess Coatlicue (Serpent Skirt), and the famous Aztec Calendar or Sun Stone now in the museum of Anthropology in Mexico City. Coatlicue, the mother of gods and humans, is represented by a stone sculpture of a beheaded woman with two large serpent heads protruding from her severed neck. Her horrific appearance is augmented by a necklace of human hearts, two hands, palms outwards, and a skull with life-like eyes. Her skirt is a mass of intertwined serpents knotted in front by a sash of two more serpents. With claws for hands and feet like the talons of an eagle grasping the ground, she is the very epitome of our worst nightmares. However, Coatlicue also symbolizes the fundamental theme of dualism, which runs through all of Mesoamerican religion. As the goddess of birth and death she represents the duality of human beings, symbolized by the two facing serpent heads. Her necklace represents the offering of the sacrificial victim to preserve the universe. Her petticoat or skirt symbolizes the earth through which her talons penetrate into the world of the dead. Coatlicue, thus, is the embodiment of the cosmic struggle to preserve life through death. Human sacrifices nourish the Sun and thus maintain the balance of the universe. This is the central theme of Aztec cosmology.

The Aztec Calendar Stone, strictly speaking, is not really a calendar in the usual sense; rather this monumental stone sculpture is, like the statue of Coatlicue, an embodiment of the Aztec vision of the cosmos. We shall therefore henceforth refer to it as the Aztec Sun Stone.

The first step in unravelling the esoteric symbolism of the Aztec Sun Stone is classification. This is important in order to avoid falling into the common, but false, notion that it is a single unique phenomenon embodying all the profound mysteries of the fabled Aztecs and, therefore, perforce remains an unsolved mystery. Titles of popular articles such as “Mysteries of the Fifth Sun” or “All About 2012” give a false impression of our present state of knowledge of the Sun Stone, which is neither unique nor particularly mysterious; it belongs to a class of such monuments known technically as cuauhxicalli (Eagle Bowl), of which another well-known example is the almost equally famous Stone of Tizoc. In this context the eagle is a symbol of the sun.

Among some of the theories about the Sun Stone is that it was used as a stone of sacrifice. However, it took at least five persons to perform a human sacrifice, four to hold the victim down and one to tear out the heart. This would require a raised altar high enough and at the same time small enough for the officiating priests to gather around in order to carry out the operation. Because of the size of the Aztec Sun Stone, it seems unlikely that it could have served as a sacrificial altar. There are other theories about the Aztec Sun Stone. In part two, therefore, we shall look carefully at the evidence to date and decide just how much we really do know about this monolithic stone carving and, perhaps more importantly, how we know it. 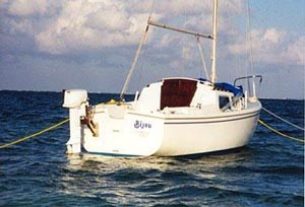 A mother’s influence on a ceramic artist of Mata Ortiz

Queen of the South by Arturo Perez Reverte