Although Mexicans relish seafood all year long, the months of March and April top the rest in consumption of fish and shellfish. Besides the fact that most species are available in late winter and early spring, the Lenten and Holy Week meatless meal traditions contribute enormously to this seasonal swell in the popularity of las delicias del mar — delights from the sea.

While this column has covered Mexico’s Lenten mealtime customs, as well as a description of culinary adventures on the Sea of Cortes, a guide to the most commonly eaten fish and shellfish available in Mexico seems appropriate at this time of year. Lent begins on March 1 this year and continues up through Semana Santa — Holy Week — which ends on April 15. During this time the fish stalls in the markets will be piled high, and housewives will gather on street corners to buy pescados y mariscos — fish and shellfish — from the backs of trucks and station wagons that have transported them from the coasts.

Although Mexico’s 6,000 miles of coastline, including the Sea of Cortez, the Pacific, Gulf and Caribbean shores, yield an astounding variety of edible marine life, Mexicans are also enamored of seafood from other countries. Supermarkets feature prominent displays of seasonal specials, including tins of Spanish baby eels and bottles of Norwegian pickled herring, both popular for snacks and appetizers. Naturally, the closer one gets to Mexico City, a greater selection of these imported items is available.

From roughing it on a Baja beach to shopping in a Mexico City gourmet emporium, Mexico is the place to experience the seafood madness that takes over during March and April. The following guide, alphabetized in Spanish with English translations, contains the names of commonly eaten fish and shellfish, as well as regional and sometimes exotic species. It is by no means a complete list of all the species that inhabit Mexican waters, which total more than 600 freshwater varieties and 1,800 ocean species. Although mar means sea or ocean, several freshwater fish are included here because of their popularity as the basis of meatless meals, especially in the high central plateau regions, with their many lakes and rivers. (A few are even amphibians, which the Spanish colonial-era priests decided were non-meat items, since they spend much of their time in the water.)

The recipes that follow the list can be used with a wide range of fish and shellfish. Empanadas, seafood soups and stews, ceviche, tacos and tostadas, to name but a few, are versatile, adaptable and delicious. All you have to do is decide which of your own locally available favorites would be best with these Mexican seafood recipes.

Next month’s column will present Part Two of the guide plus more recipes.

Abulón: abalone, caught off the coast of Baja California and mostly exported, sold in cans. When prepared fresh, it is often cut up with other seafood to make a campechana, a mixed seafood cocktail.

Acamaya: freshwater crawfish, plentiful in the Sierra Oriental, especially northern Puebla and the northern Huasteca region of Veracruz, where they are usually cooked fresh on a grill set on river rocks.

Acocil: fresh water crustacean, sometimes called “freshwater shrimp,” found in the lake regions of central Mexico. Because of their miniature size, they are eaten without removing heads or shells. These were significant sources of calcium and protein in pre-Hispanic times, when they were boiled, rolled in tortillas and eaten with chile as they are today.

Ajolote: salamander, a pre-Hispanic food still eaten in the lake regions of central and southern México. They are steamed with onions and tomatoes in corn husks, or fried and served in a tomato sauce.

Almeja: clam, of which several varieties are found along Mexico’s shorelines, especially the Pacific and Sea of Cortez coasts of Baja California. These include pismo clams, chocolates, and pata de mula — “mule’s foot.” Pinna clams are called callo de hacha, because they might be mistaken for scallops – callos.

Anchoa: anchovy, of which there are twenty-three different species found in Mexican waters. Despite this abundance, Mexico imports tinned anchovies from Spain. Caesar salad, one of the best-known dishes featuring anchovies, is offered in many upscale restaurants in Mexico, as well it should be since it was originally invented in Tijuana.

Anguila: eel, usually the tinned baby eel imported from Spain. The larger conger eel caught in Mexico, called congrio, is mostly eaten in the coastal areas, with either a tomato-based sauce or in adobo.

Arenque: herring, of which Pacific herring and king herring are found in Mexican waters. Imported pickled herring is a popular item in the upscale supermarkets, and a salad of herring with a variety of legumes, including garbanzos and fava beans, is a specialty of the northern state of Coahuila.

Bacalao: cod, one of the most traditional of Mexican Christmas and New Year’s dishes, bought dried, soaked to remove salt, and cooked with a typically Spanish-influenced combination of tomatoes, olives and capers. Most bacalao sold in the markets nowadays is imported from Norway.

Bagre: catfish, a favorite in Michoacán, where two of the most famous regional dishes are caldo michi, a catfish stew, and bagre adobado, catfish in adobo sauce.

Barrilete: barrilete, found in large schools in Acapulco Bay and other Pacific coastal waters, a member of the tuna family, although of a different genus. Barrilete negro is the name used for both black skipjack and frigate tuna. Fishermen use barrilete for bait, and along the coast of Guerrero it is used in soups and stews.

Blanco de Pátzcuaro: Pátzcuaro whitefish, also called pescado blanco, a highly prized eating fish. Due to over fishing, the catch is highly restricted, and any whitefish found on a menu in this area is likely to come from a fish farm.

Bonito: bonito, of which three species are found in Mexican waters: striped bonito, Pacific bonito and Atlantic bonito. Although classified biologically as being in the same family as tuna, they are distinct from the tuna species (listed above.) Bonito is a popular catch off the Oaxacan coast, where sports fisherman can have the freshly caught fish grilled at seafood restaurants along the beach and served with salad, rice and tortillas.

Cabrilla: bass, especially common off the southern Baja peninsula. Both spotted and barred sand bass, kelp bass and gold spotted bass are included in the genus Paralabrax. What is referred to as a “giant sea bass” in English is called a mero pescada, a type of grouper, in Spanish. Cabrilla is used for ceviches, fish tacos, and marinated and grilled or baked.

Caguama: giant turtle, a now-endangered species, once caught along the Pacific coast. (Because of its size, a one-liter bottle of beer is also called a caguama.)

Calamar: squid, a frequent addition to Mexican seafood soups and cocktails. A popular appetizer in Mexico is an order of breaded and fried squid rings.

Callo: scallop, found in the Sea of Cortez and prepared right on the beach in much the same way as clams casino or oysters Rockefeller. Mexican fishermen also cut out the small muscles on either side of the large round one, for use in caldos and cocktails.

Camarón: shrimp, possibly the most beloved and versatile of Mexico’s many shellfish, sold fresh, from either ocean or river, or dried, either whole or powdered, called camaron seco. Powdered shrimp is a seasoning for Lenten soups made with legumes. Prawns are called camarón gigante.

Caracol del mar: sea snail, mostly exported, canned, to Japan. In the coastal regions, it is sometimes cooked in a soup similar to that eaten in Central American coastal areas.

Carpa: carp, commonly eaten in the Lake Patzcuaro region of Michoacan, where it is cooked, shredded and mixed with tomatoes, onion, carrots, peas, chiles and olives to make descremado, a kind of fish picadillo.

Cazón: dogfish, sometimes called “baby shark.” A firm-fleshed white fish, cazon is sometimes used to substitute for more expensive fish, such as huachinango — red snapper — in a wide range of dishes. Perhaps the most famous regional specialty made with cazon is Campeche’s pan de cazón, tortillas with shredded fish and black beans.

Charal: minnow-size fish, found in Lake Pátzcuaro and Lake Chapala and eaten as a snack or appetizer, either deep-fried or in tacos. Dried charales are sold all over Mexico, especially during Lent, when they are cooked with nopales, wild herbs and salsa verde, as well as in a meatless pozole.

Corvina: weakfish, also known as corvina in English, especially along the California coast. Corvina is used in escabeches – pickled fish dishes – and in gourmet recipes in some of Mexico’s fine restaurants, where its filets are considered good substitutes for sole. It is a frequent choice for filete de pescado relleno, stuffed fish filet.

Dorado: dolphinfish, caught along the Pacific coast off Zihuatenejo. Dorado is often called mahi mahi, and is an excellent grilling fish because its large-flaked flesh does not fall apart easily on the grill.

Huachinango: red snapper, prepared in many ways, including grilled, and in one of the most famous Mexican fish dishes, huachinango a la veracruzana, with a rich tomato-based sauce.

Jaiba: blue crab, abundant in Veracruz, where it is made into a spicy soup called chilpachole de jaiba, and used to fill the puff-pastry empanadas called bolovanes, sold on street corners throughout the port city.

Jurel: jack fish, of which at least nine different species inhabit Mexican waters. Yellow jack is perhaps the most popular for the Lenten dish albóndigas de pescado, “meatballs” made with ground fish, a specialty of Baja California. 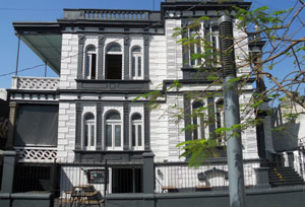 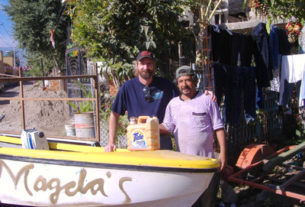 How much electricity am I using?